The Arctic Fox, Alopex Lagopus meaning hare footed fox, has been our constant companion on this expedition. We have seen it or evidence of it on every landing we have made.

We have also seen a lot of evidence of Fox Trapping, including huts and trap lines. Most of the evidence is historical as the demand for fox pelts is not what it used to be… thank goodness.

The Arctic Fox has a circumpolar distribution and its numbers/abundance are tied very closely to the lemming populations which tend to peak and crash on a 3-4 year cycle., because this is their primary food source. We have been seeing good numbers of Siberian Brown Lemmings (Lemmus sibiricus) meaning, Lemming of Siberia, on different islands.

Some Island populations have been exceptionally good, while on others there is virtually none to be seen. On Big Lyakhovskiy Island, Lemmings were very abundant suggesting a peak in their population and interestingly we saw good numbers of Snowy Owl, another species whose breeding success is tied very much to the Lemming population. 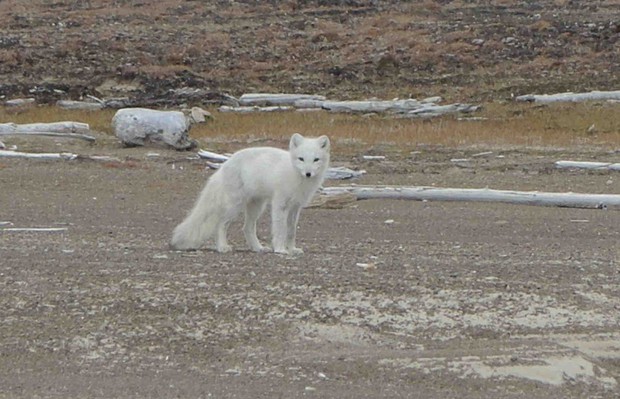 SOE: Lisinskaya Bay and Many Wildlife Encounters
As soon as we reached Bering Island, we landed in Nikolskoe village and strolled along the streets to see the Bering’s monument and the local Natur...READ MORE
SHO: Wildlife Watching on the Taymyr Peninsula
Our second crossing (west to east) of the Northern Sea Route continues. We have passed through the Vilkitsky Strait without any difficultly, this s...READ MORE
SOE: Exploring Verkhoturova Island
This morning was unusually foggy and cloudy. We landed on a sandy beach of Verkhoturova island and began exploring the area. Small groups of people...READ MORE
Download our 2020/2021 Brochure
Get our newsletter
Send Message
Call Us
Receive e-News
Download Brochure