Our final landings of the expedition took place on the morning of March 8th at Campbell Island. Some of those that had joined the North-West Bay walk yesterday headed along the boardwalk to Col Lyall to see the Albatross, where they were lucky enough to see a parent feeding its chick. The rest of the group joined the staff for a Zodiac cruise to Tucker Cove where we saw sea lions porpoising following our zodiacs, plus the only remnants of the old homestead, the stove. We continued to Camp Cove and the location of the world’s loneliest tree. Here we had time to watch the sea lions play for an extended period. They seemed as interested in us as we were in them. We returned to the ship for a hearty lunch before the anchor was raised and we headed out of Perseverance Harbour, along the coastline, making our way north. We have some documentaries planned for the next couple of days and two guest speakers -Jonathan Rowe from New Zealand Navy and James Muir from New Zealand Forest & Bird.

And if this wasn’t enough. On approach to Banks Peninsula, New Zealand we were thrilled to be joined by a pod of Dusky Dolphins playing in the bow wave and to round off an awesome expedition 5 Blue Whales, the largest mammal on planet earth sent our group off in style with a display in front of the ship.

Next stop is the Port of Lyttelton, Christchurch and the end of this epic 30-day adventure. Some highlights include: sighting our first iceberg and entering the historic huts of Scott, Shackleton & Borchgrevink. Landing on ice and toasting the most southerly point we were to travel. All of the wonderful wildlife. Sightings of numerous Emperor Penguins, watching Orca and Humpback whales hunting, soaring Albatross at Campbell Island and inquisitive King penguins at Macquarie Island. The walks on these rarely visited islands and the white continent itself. The great group of people on board, all with similar interests, and the staff and crew that have looked after us so well. 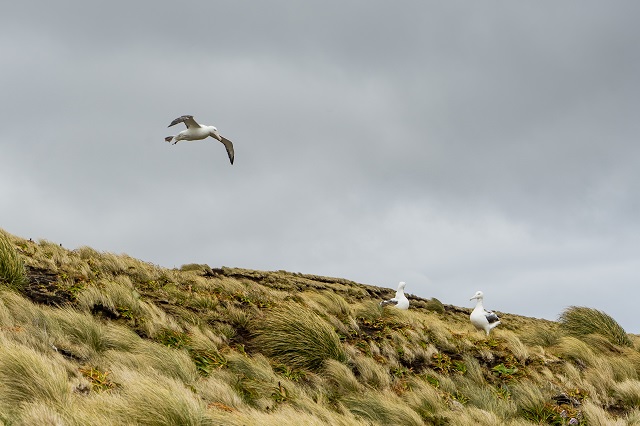 SHOKALSKIY: Wonders of the Aurora Australis
We’ve arrived safely at Campbell Island, and have experienced a rare occurrence at the island during our first day here – sunshine! For the month o...READ MORE
Chinstrap Penguin Spotting at Balleny Islands
We are only a day’s sailing south of Campbell Island. Campbell Island is our last stop on this expedition. We will have two and a half days there b...READ MORE
Perfect Ending to the Ross Sea Adventure
What a way to finish our time in the Ross Sea. Unbelievable! You could not have a better script if you had tried.  On Thursday we steamed north fro...READ MORE
Download our 2020/2021 Brochure
Get our newsletter
Send Message
Call Us
Receive e-News
Download Brochure