We have left Wrangel Island for Chukotka and ultimately Anadyr and the end of this expedition.  Our time at Wrangel was, as always, extremely special. Wrangel Island is often referred to as the 'Polar Bear maternity ward' because it has one of the highest densities of denning Polar Bears.  Pregnant Females come ashore in November and excavate a den in the snow where typically two pups (occasionally just one and up to three) are born in December/January.  The female and cubs will emerge from this den in April/May.  The cubs are generally nursed for 2.5 years.

We have seen numerous female Polar Bears with cubs during this expedition.  Two days ago we saw a total of 40 Polar Bears (including Cubs) in one day, six of them were females with cubs.  One of the females had three cubs, three of them had two and the others had one cub each.  What was encouraging was that all the animals we saw were in good condition and the ice appears to be staying around Wrangel Island this year longer than on previous years providing perfect conditions for these bears. 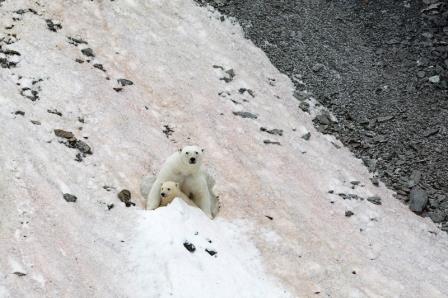 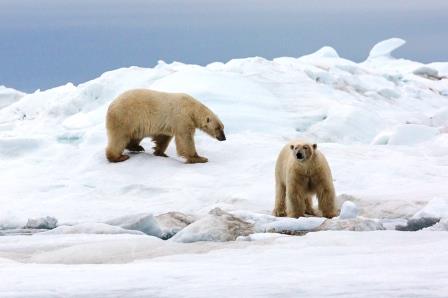 Young Scholarship Holders Onboard Wrangel Island Expeditions
The world belongs to the next generation.  It is beholden upon those of us who can, to ensure that there are future leaders out there with knowledg...READ MORE
Enroute to Wrangel Island in the Russian Arctic
Our second Wrangel Island expedition got underway from Anadyr in perfect weather conditions on Monday 15th August.  We sailed across the Gulf of An...READ MORE
Dozens of Whales in Senyavina Strait
We are currently sailing across Anadyr Bay towards the port of Anadyr in warm, sunny and calm conditions.  It has been an incredibly successful exp...READ MORE
Download our 2020/2021 Brochure
Get our newsletter
Send Message
Call Us
Receive e-News
Download Brochure