This expedition on Spirit of Enderby/Professor Khromov in the Russian Far East has many objectives.  One of those is to see/experience and understand a little bit about the Kamchatka Brown Bear.  The bear is iconic to this region and for the last two days they have been our focus.  The weather hasn’t been the best but it hasn’t stopped us putting in some long hours.  We have been rewarded we have seen over 30 bears and have had outstanding encounters with two of them.  These are encounters that people will remember for a lifetime.

Last night we walked into a remote valley and sat and waited and watched for nearly two hours and we were rewarded with a very close encounter with a younger animal.  It was very curious and carefully approached the group allowing amazing full frame photos to be taken.  After satisfying itself we were not a threat it sauntered off into a nearby gully.  Most people returned to the ship in awe of their experience but those that remained were rewarded with even more outstanding views when it re-emerged and started feeding again.

This morning we cruised into a quiet lagoon where we saw a total of six bears, one of which was very confident and it continued feeding within full view of everybody about 30 metres away.  You could not have written the script for that encounter which lasted for more than 30 mins before the animal wandered off into a nearby willow thicket and we lost view of it.  We appreciate and know a little more about the Kamchatka Brown Bear thanks to those encounters. 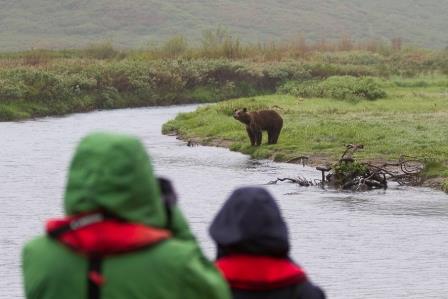 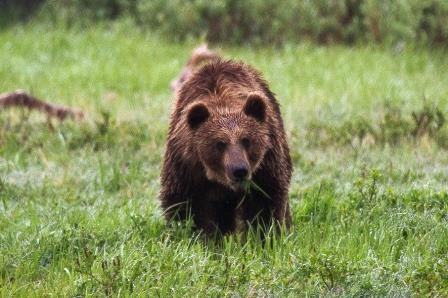 Expeditioners Witness Sea Otter Giving Birth
We had a great zodiac cruise along the North-East coast of Medny Island in the late morning.  As one of the boats rounded the corner, we saw a si...READ MORE
Arctic Foxes, Sea Otters and Humpback Whales
We are cruising northwards this morning and are scheduled to arrive at Karaginskiy Island shortly after lunch for an afternoon of birding in some...READ MORE
Stunning views of Steller's Sea Eagles
We are underway on our third expedition of our Russian Far East season - 'Kamchatka Coast: Siberia's Forgotten Coast'.  We sailed from Petropavlovs...READ MORE
Download our 2020/2021 Brochure
Get our newsletter
Send Message
Call Us
Receive e-News
Download Brochure