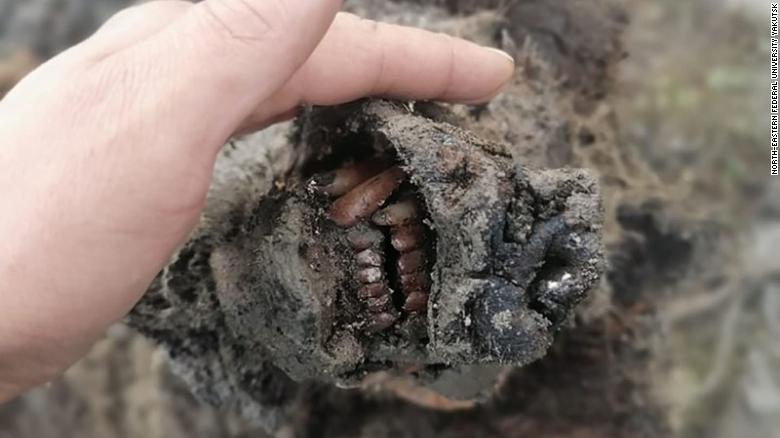 A perfectly intact Ice Age cave bear though to be up to 39,500 years old has been found in melting permafrost in the Russian Arctic.

The whole cave bear (Ursus spelaeus) carcass was discovered by reindeer herders on Bolshoy Lyakhovsky Island, or Great Lyakhovsky, the largest of the Lyakhovsky Islands belonging to the New Siberian Islands archipelago between the Laptev Sea and the East Siberian Sea in northern Russia.

Scientists at the North-Eastern Federal University in Yakutsk, leaders in research into woolly mammoths and other prehistoric species, have described the discovery as ground-breaking.
"This is the first and only find of its kind - a whole bear carcass with soft tissues," said university researcher Lena Grigorieva.
"It is completely preserved, with all internal organs in place including even its nose. Previously, only skulls and bones were found," she said.
"This find is of great importance for the whole world."
Preliminary studies indicate the adult bear lived 22,000 to 39,500 years ago, with radiocarbon analysis required to determine the animal's exact age.

Heritage Expeditions explores the New Siberian Islands on its ‘The Northern Sea Route' and ‘In the Footsteps of Nordenskiöld' voyages through the famed Northeast Passage.