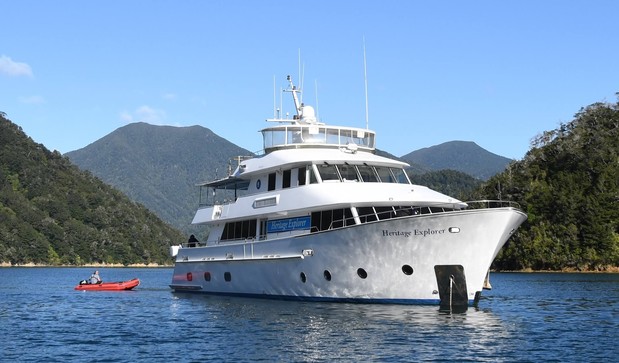 Commercial Director and Expedition Leader Aaron Russ said the Kiwi family-owned and operated company's latest voyage offered a rare glimpse into what New Zealand might have looked like exploring some of Stewart Island's most hard to reach shores and historic spots, many only accessible by sea.

"Just as its name suggests, this voyage is all about sharing the Unseen Stewart Island with our guests," said Aaron.

"New Zealand's greatest Botanist Leonard Cokayne famously described Stewart Island as being 'an actual piece of the primeval world'  and it's this untouched wilderness, wildlife and unique history ordinarily off limits to most travellers we are looking to share with our guests."