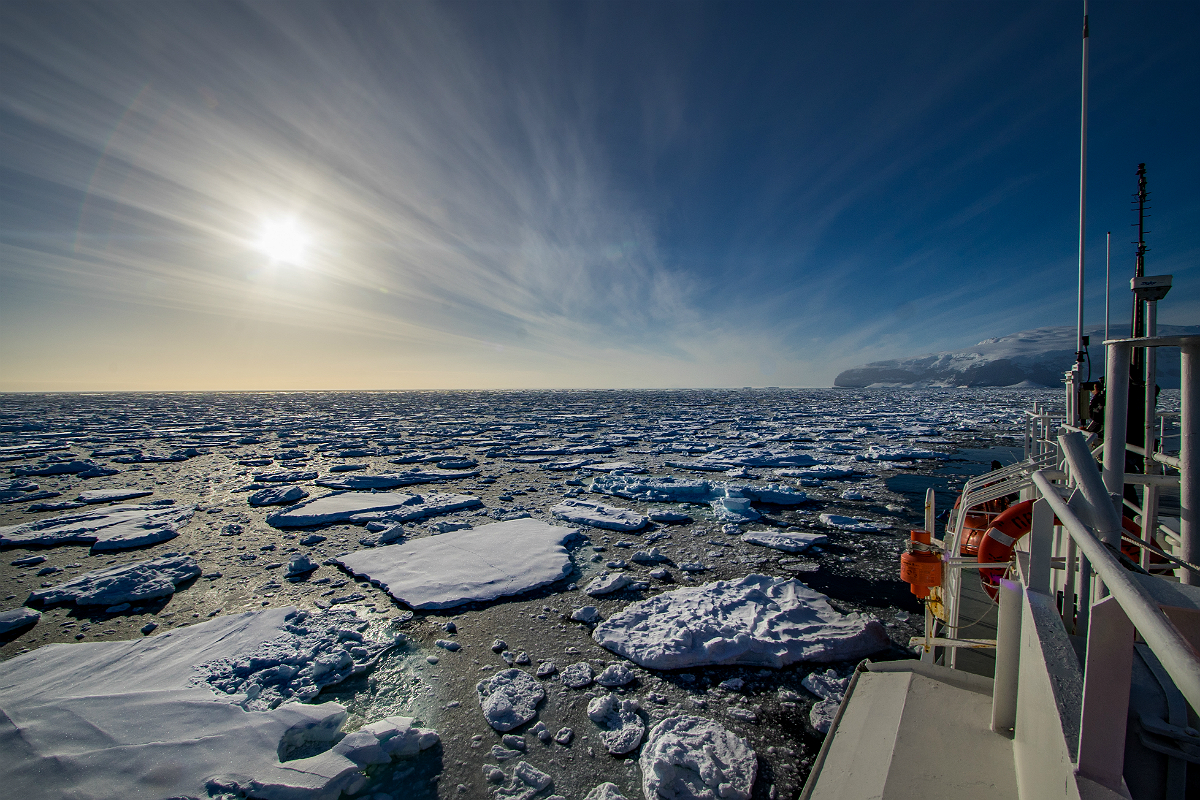 How much does it cost to visit Antarctica?

Journeying to Antarctica, the southernmost continent on Earth, is both an exhilarating and challenging expedition to the most remote corner of our planet. Generally, the more remote and isolated a location, the more expensive it is to travel there and logistics can often be overwhelming. This guide will help those adventuring pioneers who have budgeted for the trip of a lifetime to weigh their options when considering Antarctic cruises.

Although Antarctica is roughly the size of the United States, this vast wilderness has limited destinations for expedition cruises to actually visit, and prices vary according to region.

Antarctica Peninsula expedition cruises first land at the South Shetland Islands, which lie 120 km north of the Antarctic Peninsula and are notorious for abundant penguin sightings. The cruise continues onwards to make multiple stops on the Peninsula and surrounding islands of diverse history and geology. Antarctic island hopping generally includes polar wildlife viewing, other-worldly hiking excursions, Zodiac cruises, and a glimpse of life at a remote research base; and some trips even include kayaking or camping. This popular Antarctic itinerary immerses you in polar exploration for an average of 10 to 14 days.

Antarctic Circle cruises extend further south and, in addition to visiting the Peninsula, they cross the famed Antarctic Circle where the sun sits above the horizon for a full 24 hours! This cruise includes more landings on the continent as well as more wildlife viewing and hiking.  However, due to icy conditions, this route is only available for select departures during the months of January and February. This Antarctic expedition whisks you away for an adventure of generally 10 to 16 days.

For those with ample time, the wildlife-rich landings of South Georgia and Falkland Islands can be added to a standard Peninsula trip. Experience more densely populated penguin rookeries that include King penguins, an array of birdlife and gregarious Elephant seals. With all of the benefits of the standard Peninsula route, plus an enhanced immersion into the Falkland Islands and South Georgia’s abundant wildlife, these expedition cruises run for an average duration of 18 to 24 days.

The other region accessible by expedition ship is the Ross Sea and Subantarctic Islands. These epic and historic Antarctic cruises from New Zealand (or Australia) make multiple stops in the seldom-seen Subantarctic Islands. In addition to providing extraordinary wildlife experiences, the visits are set up to comfortably break up the long journey through the Southern Ocean to Antarctica. Guests are amongst an elite group of approximately only 500 intrepid travellers who venture to the Ross Sea and East Antarctica each year. These exhilarating journeys are a longer adventure of an average of 30 days.

Antarctic Cruise Prices Based on Regions

Antarctica cruise prices vary wildly and it is wise to make detailed comparisons and ask, what does one get for these price differences? The sample Antarctica expedition prices listed below are per person, in USD, based on double occupancy and do not include airfare.

Average prices from: $10,500
Days: 10 – 14 (3 days on the continent)
This is the most well-travelled route to Antarctica, but also includes the fewest number of days on the continent. Travellers depart from Ushuaia, Argentina and sail across the Drake Passage. These expedition cruises do not cross over the Antarctic Circle, but make several landings on the Peninsula and nearby islands to view wildlife and explore the area on foot and by Zodiac.

Average prices from: $14,500 per person
Days: 10 to 16 days (6 days on the continent)
This is the classic Antarctica Peninsula route, enhanced by a quick dip south across the Antarctic Circle.

Average prices from: $16,500 per person
Days: 18 to 24 (3 days on the continent)
This itinerary combines the classic Antarctic route above, with the inclusion of the Falkland and South Georgia Islands for expanded wildlife viewing opportunities and an overall longer expedition.

Average prices from: $27,300
Days: 27 to 30 days (6-10 days on the Continent)*
This itinerary focuses on the Ross Sea, a protected area considered by many scientists to be the last intact marine ecosystem on Earth. To enter this region of Antarctica is a privilege, as only a few hundred people visit each year. These voyages include rare stops in the New Zealand and Australian Subantarctic Islands, the Ross Ice Shelf, and historic bases and camps of famous polar explorers.
*Heritage Expeditions’ 30-day itinerary spends ten days exploring the Ross Sea region.

Why are New Zealand to Antarctica Cruises More Expensive Than Those Departing from Argentina?

In reviewing the above cruise prices to Antarctica, you may wonder why there is such a big difference in Antarctica cruise costs or trips leaving from Ushuaia versus New Zealand. Let us dive into how varying factors shape price.

Firstly, Antarctica expeditions from New Zealand take longer due to greater distance and more days at sea. This translates into more time to enjoy the journey and, most importantly, more time on the Antarctic continent! The East Antarctic coastline and Ross Sea are some of the most remote destinations in the world and are locked under ice for most of the year. The Antarctic expedition cruise season departing from New Zealand lasts three months – December, January, and February. Overall, the pricing reflects the extra days in Antarctica, greater distances travelled, and the many years of experience required to navigate these remote and rugged seascapes.

Heritage Expeditions takes you off the beaten path to a part of Antarctica that few people get to see. We rarely even see another ship in the Southern Ocean or Ross Sea!

The extra days at sea provide opportunities to soak up lectures from our expert staff, composed of biologists, geologists, wildlife experts, and historians. Engaging discussions offer insight into the natural world and history of the polar region, building context and excitement for that first iceberg sighting or view of the continent itself.

Extended days at sea also provide an opportunity to learn more about Southern Ocean scientific research in which Heritage collaborates. Crew and guests often participate in science projects and data gathering, endowing the journey with even more meaning and allowing visitors to leave their own personal contribution and legacy in this largely inaccessible part of the world.

Additionally, our longer route means travellers cross the Arctic Circle and venture further south than any other passenger ships that explore Antarctica. This exclusive opportunity allows many of our guests to even see the Southern Lights!

Our Heritage Expeditions team and crew are seasoned experts of the highest calibre of expedition cruises to the Ross Sea. As a family owned company, we have been running cruises in this region for over a decade and stand apart as the only cruise company with this extensive experience and expertise.

A Unique Chance to Witness History and Current Research

Antarctic expeditions are outstandingly unique experiences that few people on Earth are able to experience. The epic journey from New Zealand through the Southern Ocean and across the Antarctic Circle is a legendary route of historic explorers. Travellers follow in the footsteps of Scott, Shackleton, Mawson and Ross, the intrepid explorers who discovered these regions and wintered in the harshest conditions on the planet. Our guests literally follow in their wake, visiting their huts and reflecting on their hardships. Travellers visiting the Antarctic Peninsula are not privy to this historically intimate experience.

Antarctica Ross Sea cruises are also the only expeditions that visit McMurdo Station (USA), largest research station in Antarctica. In addition, we speak with scientists and experience a rare window into how these hardy people live year-round on the Antarctic continent.

Wildlife is of course entirely unpredictable and a larger window of time allows for more opportunity to have rare encounters. While all Antarctic cruises focus on the extraordinary  wildlife of the region, Antarctica and Subantarctic Islands cruises allow for a new level of opportunity in wildlife viewing. Guests are likely to see an abundance of King penguins as well as penguins endemic only to the Subantarctic Islands, such as the Snares crested penguins and Royal penguins.

Since there are so few visitors in this part of Antarctica, we enjoy more time. Depending on weather conditions, our landings can last up to three or four hours, which is an unprecedented amount of time to sit and observe penguin rookeries, seals, and seabirds. One of the best ways to experience the wildlife is to sit amongst the hungry, fuzzy chicks running around you looking for their parents! It is a true privilege to have time to do so without the constraint of hurried departures. Due to the overall lack of human interference, the wildlife does not perceive us as a threat and, instead, are genuinely curious about our presence. 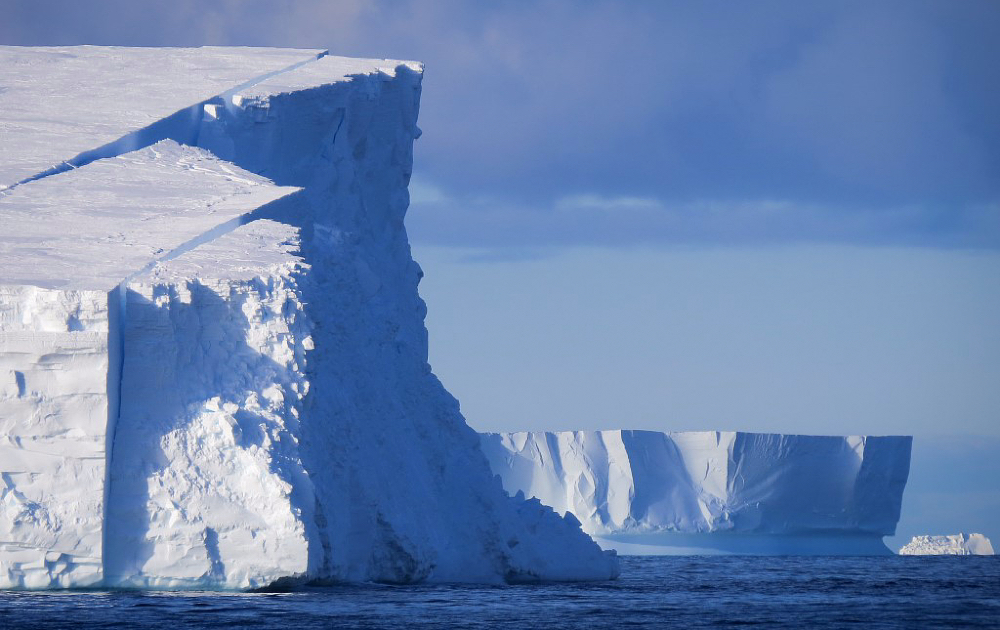 While cruising around the Ross Sea, we witness ice in all of its glorious forms: icebergs, ice floes, pancake ice, grease ice, bergy bits and more! Our 50-guest ship sometimes slows to a crawl in a slow-motion game of bumper cars with the pancake ice. During these times, travellers like to congregate on the bow to watch the ship seamlessly slice through floating ice. As the ship undulates slowly in a bellowing echo, it sounds as if the whole sea is breathing. Penguins watch us curiously from a distance and eventually waddle off the ice flows, diving into the water.

Travellers also have the rare privilege of witnessing the towering Ross Ice Shelf. As we cruise alongside the largest ice shelf in Antarctica, one can’t help but be in complete awe of this natural wonder, one that most people only read about. There are many aspects of the Antarctic continent that make one feel small, but seeing the Ross Ice Shelf never fails to put everything in perspective with a dramatic immediacy.

While Antarctica cruise prices vary widely, we would argue that despite the higher cost, the Ross Sea and Subantarctic Islands experience is the most unique and fulfilling on offer. To maximise an Antarctic investment, it is important to spend as much time on the continent as possible, which is exactly what we provide. Step into the shoes of an explorer as we trace their famous route through the unpredictable Southern Ocean, while in the comfort of a modern day ship. These are the only cruise routes that expose visitors to such an abundance of wildlife, compelling history, and artistically sculpted polar ice. Heritage Expeditions offers a unique, immersive and ice filled experience to make every penny of the investment worth it. In fact, we believe that a voyage to the Ross Sea and Subantarctic Islands is priceless!