Discovering the Wildlife and Culture of Bering Island 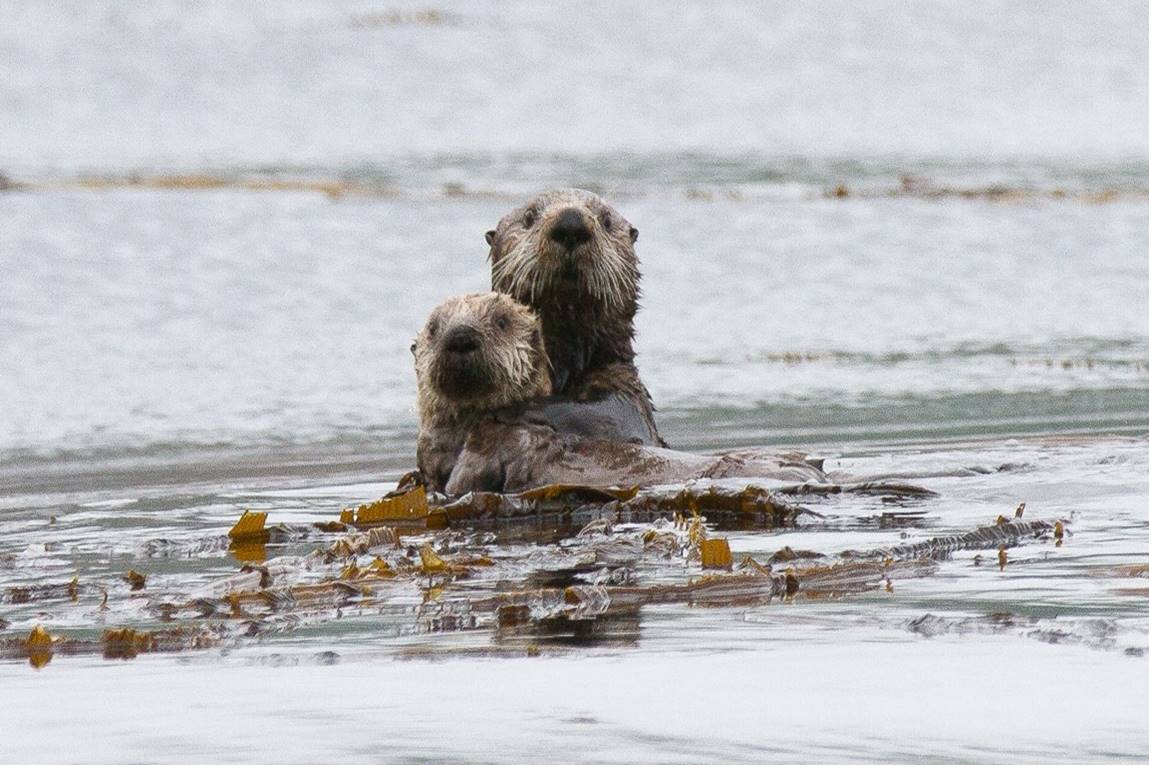 As Spirit of Enderby continues our 'Jewel of the Russian Far East' journey along the western extremity of the Aleutian chain, we spend our third and final day in the Commander Islands exploring Bering Island. As our Zodiacs cut across the water on our way to the cliffs of Lisinskaya Bay, we watch Sea Otters bobbing on the water's surface as they are lifted and repositioned by the endless motion of each new wave. Unlike other mammals, the otters rely on their fur rather than fat to keep them warm, sporting the highest fur density of any animal with 150,000 hairs per square centimetre.

Cruising along the coast we take in the jagged mountainscapes, marvelling at the compounding diagonal layers of rock that, tens of millions of years ago, would have been at the bottom of the ocean. Reaching our destination, we notice a canyon to the centre of the bird cliffs from which around 100 Common Guillemots erupt in a blur of charcoal and white flapping feathers. Entering the canyon we follow its passage to its centre where are totally surrounded by hundreds of raucous birds including Red-legged Kittiwakes and Puffins clouding the sky above and perching along the cliff's edges.

After breakfast on board Spirit of Enderby, we sail along Bering Island's southern coastline on the look out for whales, regularly spotted in the 1,000-metre-deep water. It's not long before we are joined by a pod of six Orca/Killer Whales - their curiosity bringing them so close we can hear them exhale as they spout water and observe the white patches above their eyes as they watch us watching them. Nearby are Minke and Humpback Whales, unaware of the risk of being in the proximity of these apex predators, while wheeling above the ship a Laysan Albatross casts shadows with its long black wings. Lucky expeditioners also spot the very rare and once thought extinct Short-tailed Albatross.

In the afternoon we land at the village of Nikolskoye, home to around 700 residents and the only human inhabited area in the Commander Islands. Colourful houses dot its coastline while monuments honouring Bering and Lenin, former Premier of the Soviet Union, are located at its centre. We explore the local museum, widely considered one of the Russian Far East's finest and home to one of the very few full-sized Steller's Sea Cow skeleton. The enormous mammals were hunted to extinction just 27 years after they were discovered by westerners. Elsewhere in the museum we discovered three original cannons from Bering's ship, St. Peter, found in Commander Bay in the 20th Century. We were also impressed by an original 'Kamleika', a waterproof coat made of sea lion gut developed by Aleuts, one of the local native ethnic groups. Afterwards, we stopped by the visitor centre which is devoted to conservation and recycling with its Waste Museum. Inspired by how this small, remote town is tackling this global problem we made our way to our last stop for the day - North West Cape.

Climbing a hill, we looked out along the expanse of coastline filled with Northern Fur Seals - shaggy furred bulls, sleek cows and their shiny pups jostling for space. Also scattered along the beach are dozens of Steller Sea Lions in various states of repose resting and sleeping while others stand at attention, staring off into the unknown of the horizon.

Sea Otters, Birds and a Blue Arctic Fox on Medny Island
Our full day at Medny Island starts with an early breakfast followed by a landing at Preobrazhenskaya Bay. Medny, meaning 'copper' in Russian, is...READ MORE
Exploring Bering Island, Commander Islands
Making our way to the Commander Islands, we take the opportunity to learn more about this archipelago with an introduction from Yulia and enterta...READ MORE
Picking Blueberries on Karaginskiy Island
As Spirit of Enderby continues sailing south we notice how autumn tundra getting richer and thicker. While exploring the verdant, endless norther...READ MORE
Download our 2020/2021 Brochure
Get our newsletter
Send Message
Call Us
Receive e-News
Download Brochure