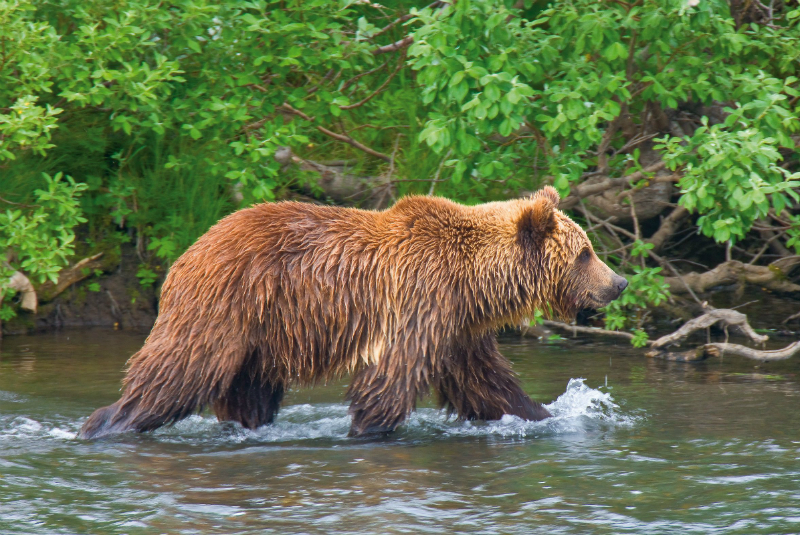 Into the Wilds of Kamchatka

More than half of Kamchatka's population resides in the capital city of Petropavlovsk-Kamchatskiy, and the rest of the population live mainly along the coasts.

Prior to 1991, foreigners were not permitted to visit Kamchatka. And, still thirty years later, the extremely limited infrastructure and lack of roads make travelling to Kamchatka nearly impossible for the independent adventurer – but ideal for expedition cruising!

The Kamchatka Peninsula is home to around 15,000 Kamchatka Brown Bears – the densest population of brown bears on the planet. Among the largest bears in the world, they can weigh up to 700 kilograms.

During summer months, June through September, they often congregate along the riverbeds and coastline to mate, feed on salmon and raise their young. 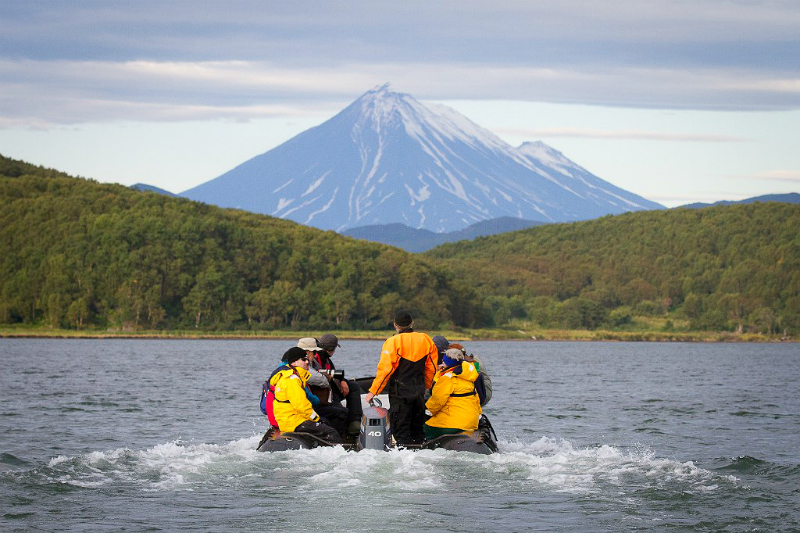 From hot springs and waterfalls to smoldering craters and geysers, Kamchatka's landscape is a mythical and enchanting experience unto itself. The name "Kamchatka" in the Ainu language – the original inhabitants of Southern Kamchatka – means "stretching and exploding terrain.

Part of the Pacific Ring of Fire, this dramatic land of fire and ice boasts 414 glaciers, 160 dormant and 29 active volcanoes. Kamchatka has the highest density of active volcanoes in the world, which were designated a UNESCO World Heritage Site in 1996. Many of Kamchatka's volcanoes are symmetrical cones rising an impressive 4,000 metres or more above sea level.

"The experience has changed my outlook on life, I am seriously considering returning."
–KAYE 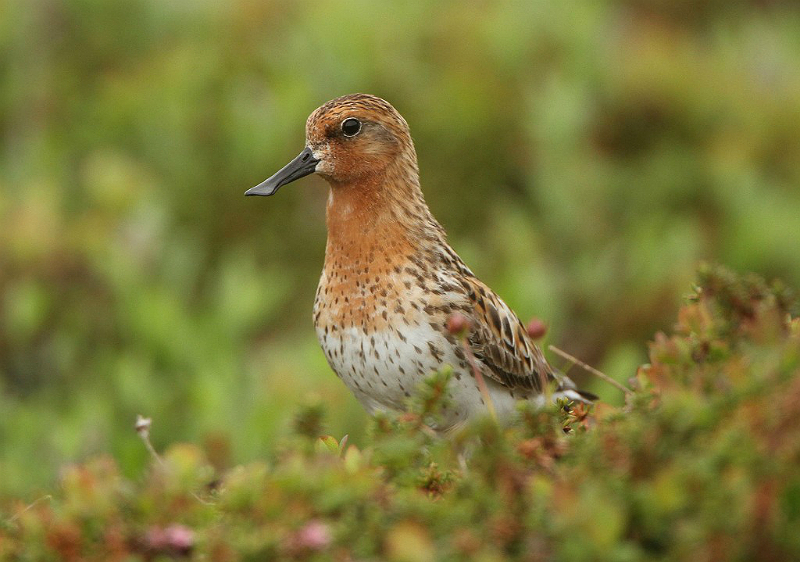 The Kamchatka Peninsula hosts a profusion of birdlife including half of the world’s population of majestic Steller’s Sea Eagles, and massive seabird colonies of Auklets, Puffins, Cormorants, Guillemots, Gulls, Fulmars and Kittiwakes circle and nest in the craggy cliffs.

One of the most iconic species endemic to this region is a critically endangered wader, the Spoon-billed Sandpiper. Since 2011, Heritage Expeditions has supported BirdLife International and Birds Russia research teams working to help save this species. Our annual 'Kamchatka Coast: Siberia's Forgotten Coast' expeditions not only continue this support, but also expands it to include other seabirds and waders as researchers monitor potential changes in their populations and distribution due to a variety of reasons such as climate change. 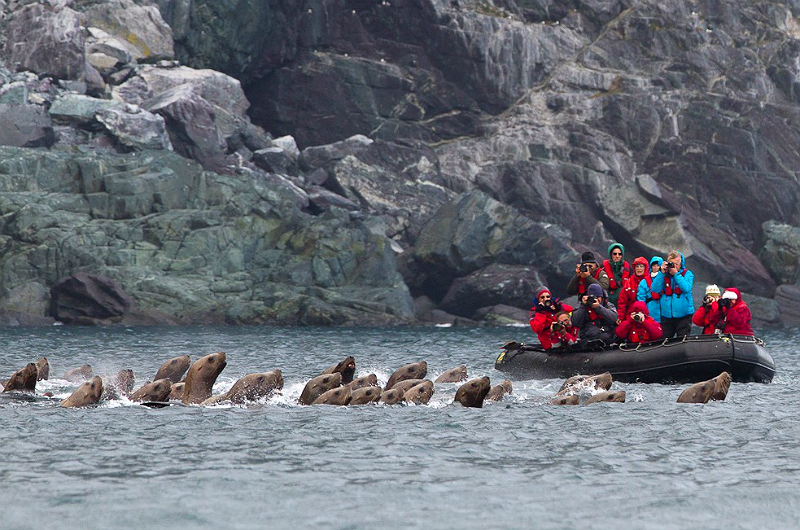